Abyssal Gigantism – or: Why are deep sea monsters so bloody huge?

This is the tale of the cute, tiny things that grow into unfathomable monsters the deeper you go…

What is it with the deep sea and giant monsters? As if it wasn’t scary enough to know just how very deep the ocean goes – about a third deeper than Mt Everest is high! Imagine that the tiny cute things you may find on the beach, turn into hideous, ginormous abominations. Usually with long, sharp teeth and gleaming fangs, suckers, lures and other terrors.

Some examples of this astonishing phenomenon:

Never to be outdone, the same goes for our Kraken friends.

Even though one of the smallest, and cutest of octopuses is actually by far the most deadly, the rule usually goes that the deeper you go the more giant and monstrous things get. This awesome phenomenon is called “abyssal gigantism”. 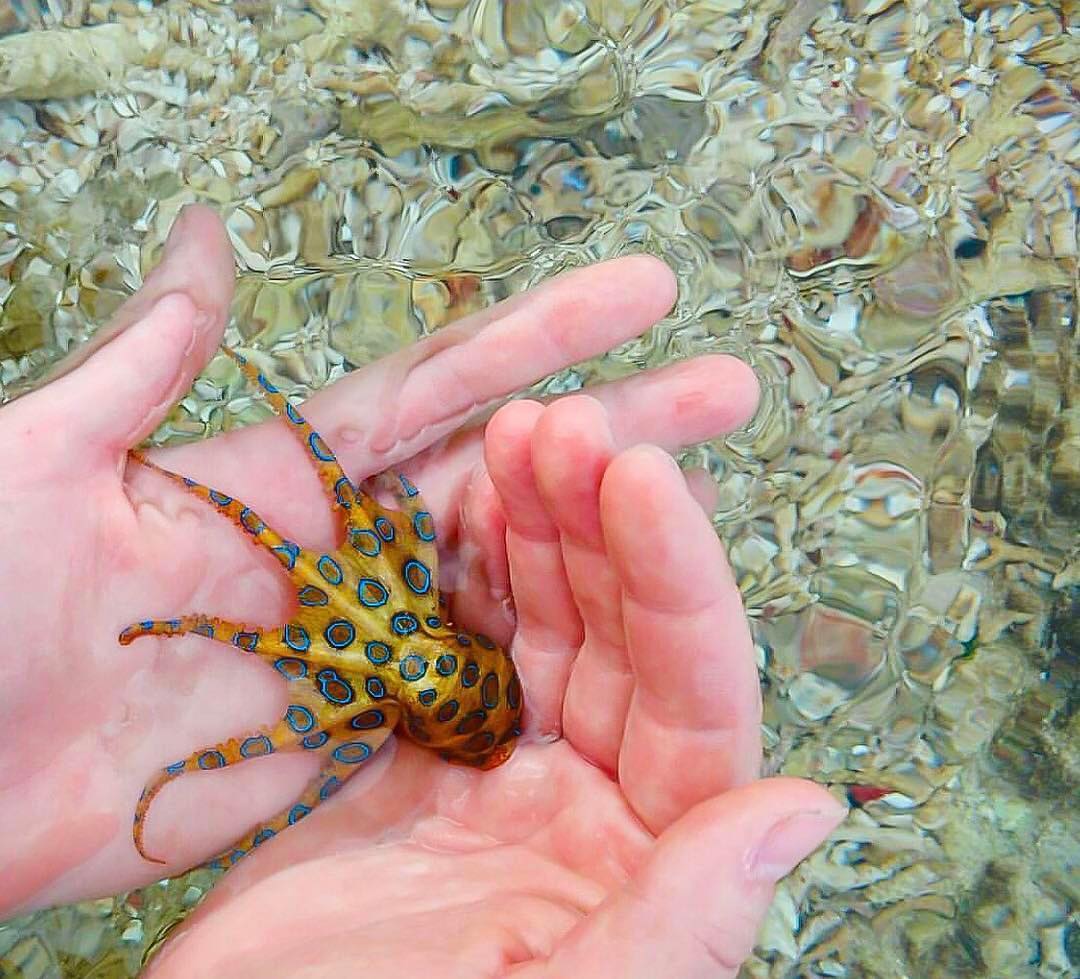 This is an astonishingly daft thing to do!

Yes. Abyssal refers to the deep sea, from depths of 3000m to about 6000m. Beyond that, the nomenclature gets even cooler: The hadal zone, so named after Hades or the ancient chthonic [see also: Cthulhu mythos] Greek god of HELL.

Who on earth would want to hang out down there? The deep sea is freezing cold, pitch black and has pulverising pressures, not to mention fangs, lures and giant hooked suckers and frightful teeth… For a very long time, scientists thought that no one was going to be crazy enough to live down there. Socrates apparently said:

Everything is corroded by the brine, and there is no vegetation worth mentioning, and scarcely any degree of perfect formation, but only caverns and sand and measureless mud, and tracts of slime.”

The intrepid Victorians, however, thought differently. Between 1872-1876, the HMS Challenger sailed for 127,653 km in a bid to catalogue life in all the Earth’s oceans. It discovered the first records of deep-sea organisms. That’s when they also first realised that things were really big down there. The chief scientist Sir Charles Wyville Thomson described a hydroid, a stalk-shaped animal with tentacles, found in the north Pacific. It was, according to him:

A giant of its order, with a stem upwards of 7 feet high, and a head nearly a foot across the crown of expanded tentacles.”

But why would you live there?

It’s really, really dark down there. So deep sea animals discovered a multitude of amazing ways to ‘see’ in the dark or to rely on different senses altogether. The lack of sunlight also means a lack of photosynthesis, so most deep sea animals are predators, cannibals or detritivores. Detritivores feed on ‘marine snow’, i.e. what happens to anything dead and decaying the deeper it goes. Even ‘snow’ is more creepy in Hades…

Then of course there is the fact that temperatures are between -1 and 4⁰C. The pressure is a crushing eight tonnes per square inch, about a thousand times what it is at sea level. “It’s like being crushed to death in a freezer.”

So, it’s clear that only the crazy and possibly cursed could evolve in such a hell hole, and yet, the reason why they get so big may be directly related to the dark, and the cold, and the pressure. There are also two rules that could explain it. One is called Bergman’s Rule that shows that the colder places are, the bigger their inhabitants get. Decreasing temperature correlates to increased cell size and also increased life span, both of which lead to an increase in maximum body size. It is still unknown but thought that giant squid get a lot older than their shallow-water counterparts who die after mating. The second rule is Kleiber’s Law which states that animals that are bigger are generally more efficient.

But even if they are not so big, they are horrors…

Blue Planet II’s second instalment wasted little time before introducing a particularly grisly cephalopod: the Humboldt squid (Dosidicus gigas, literally the giant red devil if you take its Spanish diablo rojo into account. Which you should.)

There’s a good chance a few of the several million watching BBC Two grabbed a cushion or loved one when the beak of the Humboldt squid attempted to engulf the camera lens, tentacles waggling ominously. But the nightmarish scene only worsened! At 2m long, these creatures are as long as a horizontal human man, and can weigh up to 50 kilos. “Like many squid,” Attenborough narrated, ominously, “they are voracious hunters”. They need to eat up to 10-15 times their body weight daily to survive.

The worst was yet to come as they “turned on each other”, releasing smoke screens of black ink! Not to hide their abhorrent ways from their peers, but so a bigger squid didn’t come after their cannibalistic prey. It was enough to put one off calamari for at least a week. 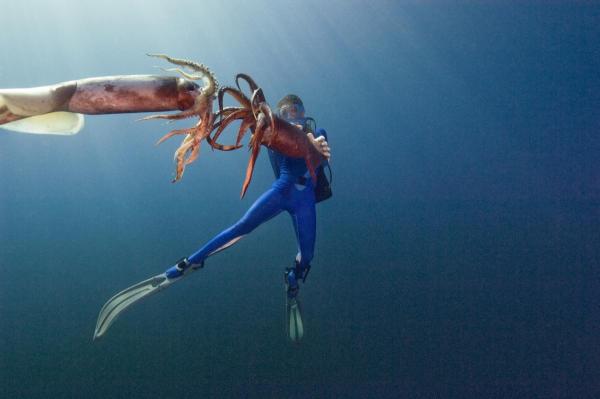 Like many a Krakenologist*, I studied with a guy who knew a guy who was taken by a Humboldt squid. He survived, but not until they tore off his regulator! Then they dragged him so fast down with him that his eardrums burst. They also tore off his girlfriend’s chain which left him with deep lacerations on his throat. I have it on good authority that he didn’t go diving again for a long, long time after that…

1 comment for “Abyssal Gigantism – or: Why are deep sea monsters so bloody huge?”