Background on how the Kraken first got released

Since times immemorial, some god or other cried “RELEASE THE KRAKEN!!!” whenever humanity’s hubris and arrogance meant some holy smiting was in order. In fact, despite the Kraken being the go-to harbinger of doom for pretty much any civilisation worth their mettle [check out the “Kraken Mythology” posts if you’re interested to learn more], this catchy cry has only been around since 1981. That was when Sir Laurence Olivier muttered the line playing Zeus, in Clash of the Titans. It became a proper internet meme in 2010 when Liam Neeson got to regurgitate both the role and the mighty call.

Apparently, it means: “to  pwn [yeah, not a typo, I didn’t know that was a thing either] or to kick the ass of whomever you’re releasing the Kraken on.” (Urban Dictionary, 2010 – note, there are other definitions for this phrase on Urban Dictionary, however they are not for the faint-hearted. You’ve been warned!). It is thus a rather useful, if somewhat ridiculous thing to shout at any given opportunity. But especially on the toilet. 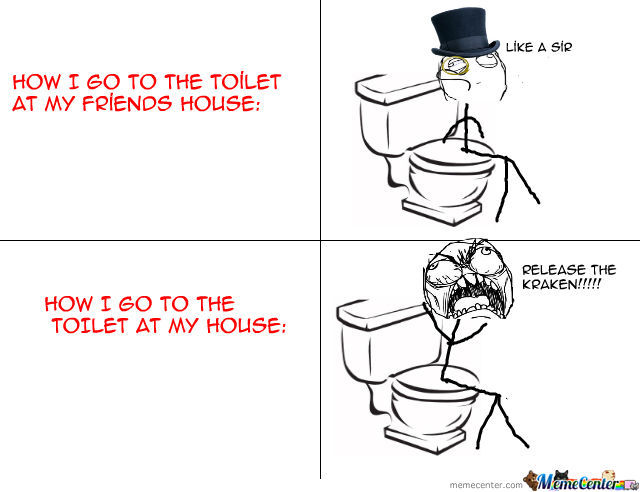 “Release the Kraken!” on the toilet…

So, when did I first release the Kraken?

I have been (some say, inordinately) obsessed with these tentacled beasts from a very young age. Thus, it was only a matter of time before this became my go-to catch cry, and before I actually released the Kraken. This happened, very fittingly near its lair, Deception Island in Antarctica [you’ll be able to read the whole story in the “Krak’n’tarctica” posts].

I can trace my life-long obsession with all things tentacles to when my Mama gave me a second hand Jacques Cousteau book called “Kalmare” (Cephalopods) for my 8th birthday. I became fixated on the ocean when I first encountered it at a very young age during a holiday in Croatia. It was one of my first memories, and definitely one of the best, from my often-difficult childhood. My usual answer to “What do you want to be when you grow up?” was: “Jacques Cousteau!” No one had the heart to tell me that he was a) French, b) a man and c) a different person who I wouldn’t be able to just turn into…

I had never seen an octopus in the flesh (other than on a plate) and became instantly hooked with a particular chapter in the book: It was called “Eine Frau bei den Kraken” (a lady amongst the octopuses) and it described the story of a beautiful, gentle-yet-athletic marine biologist by the name of Joanne Duffy.

Jacques called her “seductive and enigmatic – a partner to James Bond”. Now, that sounded like a great heroine for a tomboyish 8-year old! She was someone who I instantly hero-worshiped. He also describes her wondrous dance with the almighty beasts during ‘Octopus wrestling competitions’ which were all the rage in the 60s in Washington’s Puget Sound. This was a time before animal rights were a major thing, I assume (they stopped in 1976). The way he talks about her relationship with the Giant Pacific Octopus Enteroctopus dofleini [there will be a post on those epic creatures soon] left an indelible mark on me. I instantly knew what I wanted to be when I grew up: A Kraken Wrangler, just like Joanne.

I never quite managed fulfil this dream, although I came pretty damn close when I left my land-locked home country to move across the world to the Great Barrier Reef and became a marine biologist like my heroes, Jacques, Silvia (Earle) and Joanne. Even though I studied marine biology, animal behaviour, and environmental impact assessments on coral reefs for 10 years, I could never find the funding to do research on my favourite subject: Kraken behaviour.

Nonetheless, Krakenology* continued to be my hobby, or rather, my obsession, for my entire life. Even after I left Papua New Guinea’s coral reefs (where I did my PhD research). Even after I moved to Wellington for love and ended up studying human, instead of Kraken behaviour for a living. And even after I had found myself becoming a little more land-locked than I liked, again.

The Kraken’s lair on the South Coast

I never counted them [although our evil house mate, the Dread Lord Cthulhu started, during a fit of boredom – which we will share soon], but there are literally 1000s of tentacles in my lair. They appear in many forms, shapes and sizes: stuffed toys, art, biological prints, clothing, curtains, lamps, fridge magnets, vases… even a squid boat (yes, it’s a whole boat made of a squid)!

If you can put tentacles on something, it’s almost certain I have it – or want it (hint!). I often get facebook messages (including from people I never met) when a Kraken kite, ring or other paraphernalia goes viral on the ads… My answer is (almost) every time: “Already got it, thanks”. 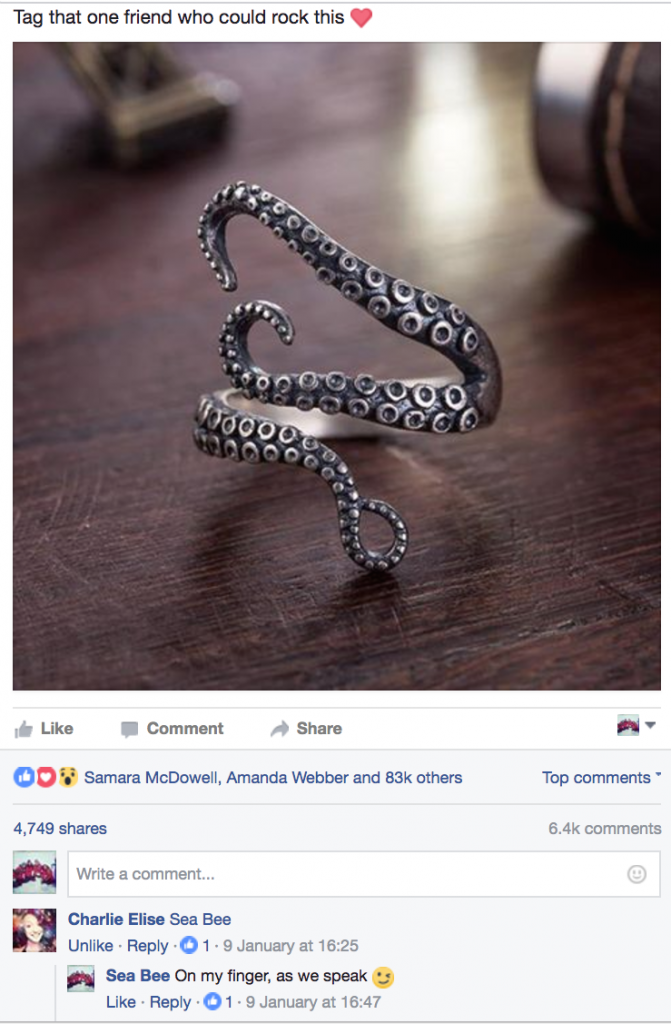 I love it when my friends share Kraken paraphernalia with me… I was told of that ring at least 25 times!

So I surround myself with Kraken art and books. I snorkel and dive to find them whenever I can. But, until recently, I haven’t often yelled “Release the Kraken!!!” at the top of my lungs. Although I did stick it onto my toilet bowl a few years ago, in a fit of hilarity. 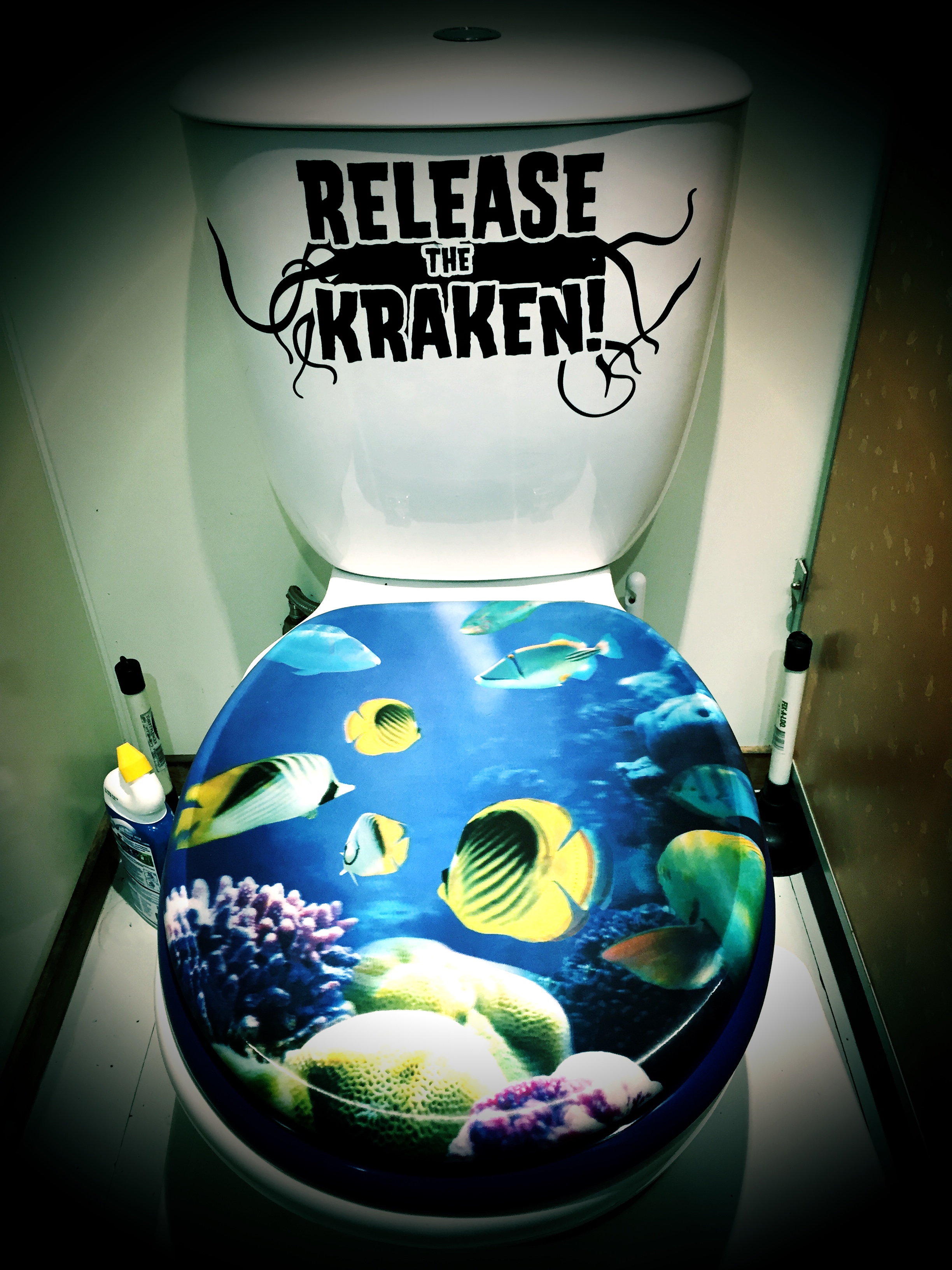 But, finally, in my 42nd year, I released the Kraken for good in its icy lair in Antarctica. It was a long time coming and it was just at the right time.

Some of you might never need to release your Kraken, and some of you may have done so much sooner than I have. For some, it may not be the Kraken but a completely different power animal, alter ego or token that gives you strength. Whatever it is, we’d like to know! So, if you feel like sharing, please leave a comment below.

What the hell is the real Kraken? →

4 comments for “Background on how the Kraken first got released”