This is a tale of Kraken Science, Art & Games on Valentine’s Day

Hear ye, hear ye: Science for Valentine’s Day! Learn all about microbial symbionts, invisibility cloaks and Kraken romance in the moonlight. Then there was the sad tale of Gilligan, the silly dolphin who never learned how to eat a Kraken without getting choked to death. We will play the latest Cthulhu songs and tell you about DrPusSea’s exciting week ahead of curating @IamSciArt.

But first, a catch-up with our tentacled overlords:

It has been some time since our last Kraken News…

Even the Kraken and Dread Lord Cthulhu need a summer break. They’ve been up to mountains of mischief, and despite some hairy moments, the world has not yet ended and the Old Ones still stay happily distracted chasing chickens in DrPusSea‘s garden.

They even did some good – we all know how much Dread Lord Cthulhu hates how much waste humans create in pristine environments [you’ll soon get you watch it rant on the “Smiting Snowmanity” blog post]. The Kraken took some action to escape the vile ranting and led the collection of rubbish on the coast surrounding its new lair. And they are not alone: one diver was so horrified to find an octopus clutching plastic straws in its tentacles, she set up a new charity to combat plastic waste. The various Kraken antics in the wonderful “Blue Planet 2” documentary series even got the BBC to ban single-use plastics! 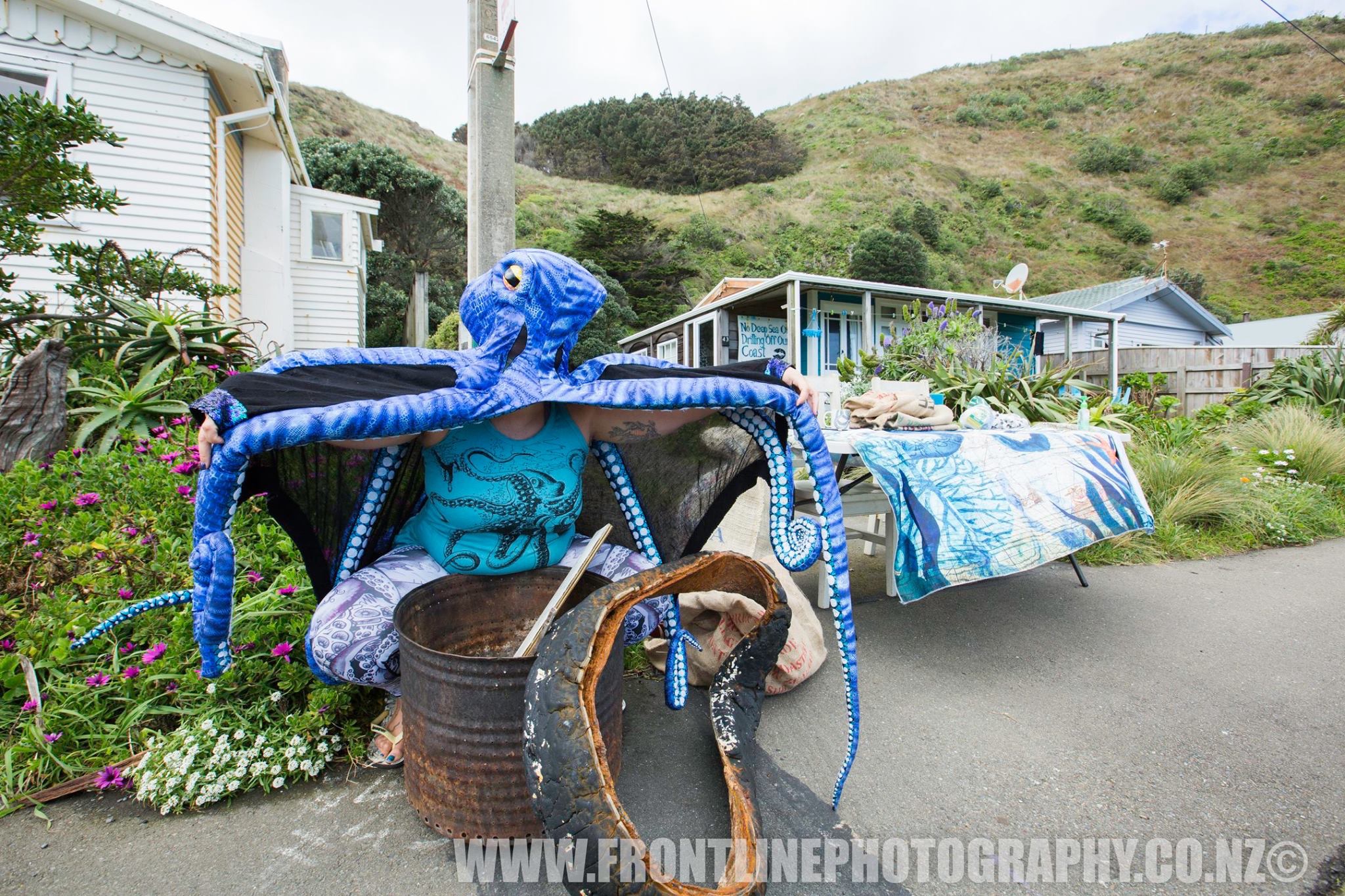 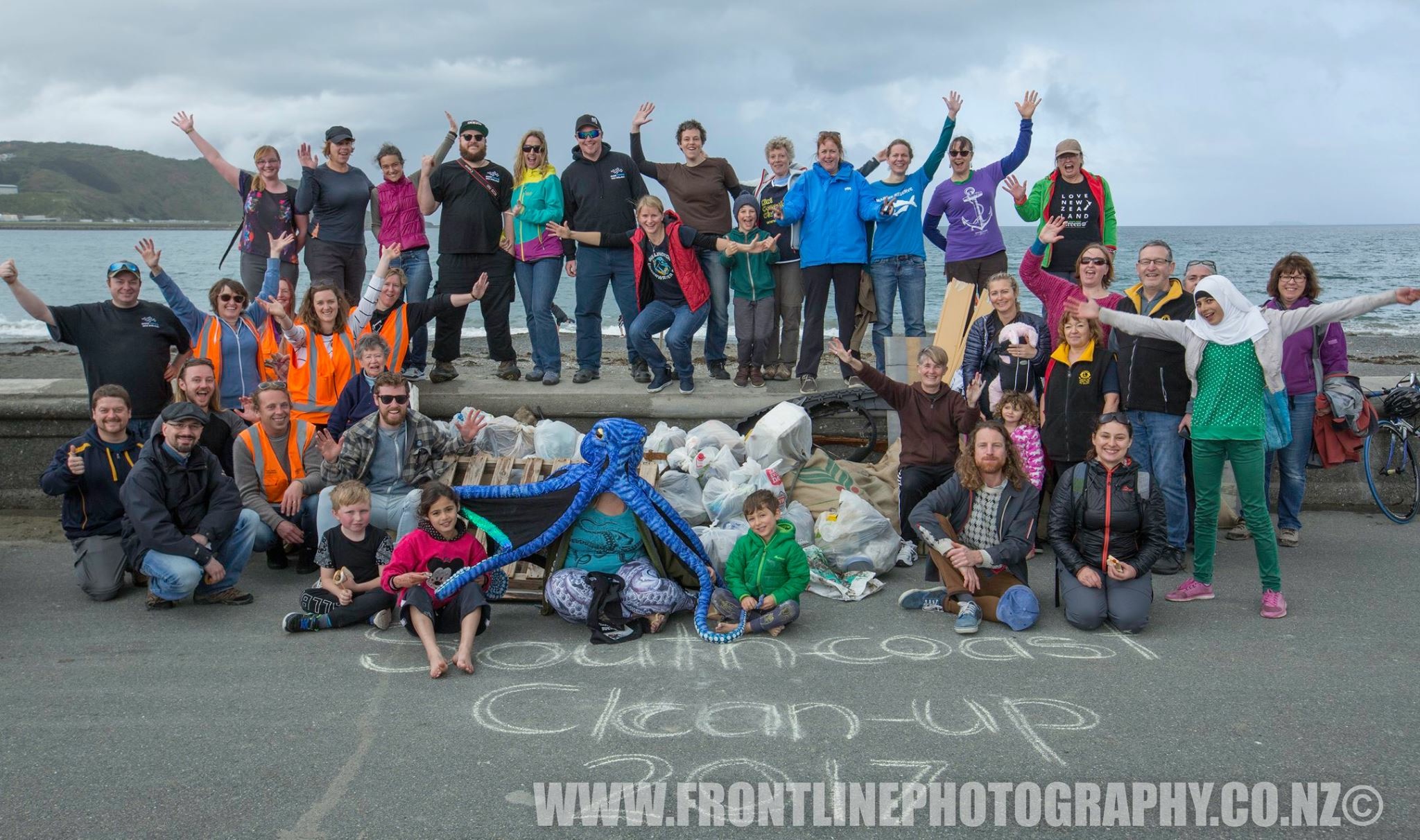 After cleaning up their backyard, the tentacled maniacs were spotted at the annual Kiwiburn gathering in Hunterville. There, they hung out with some sciency friends and gave a science talk – on Krakenology* of course! 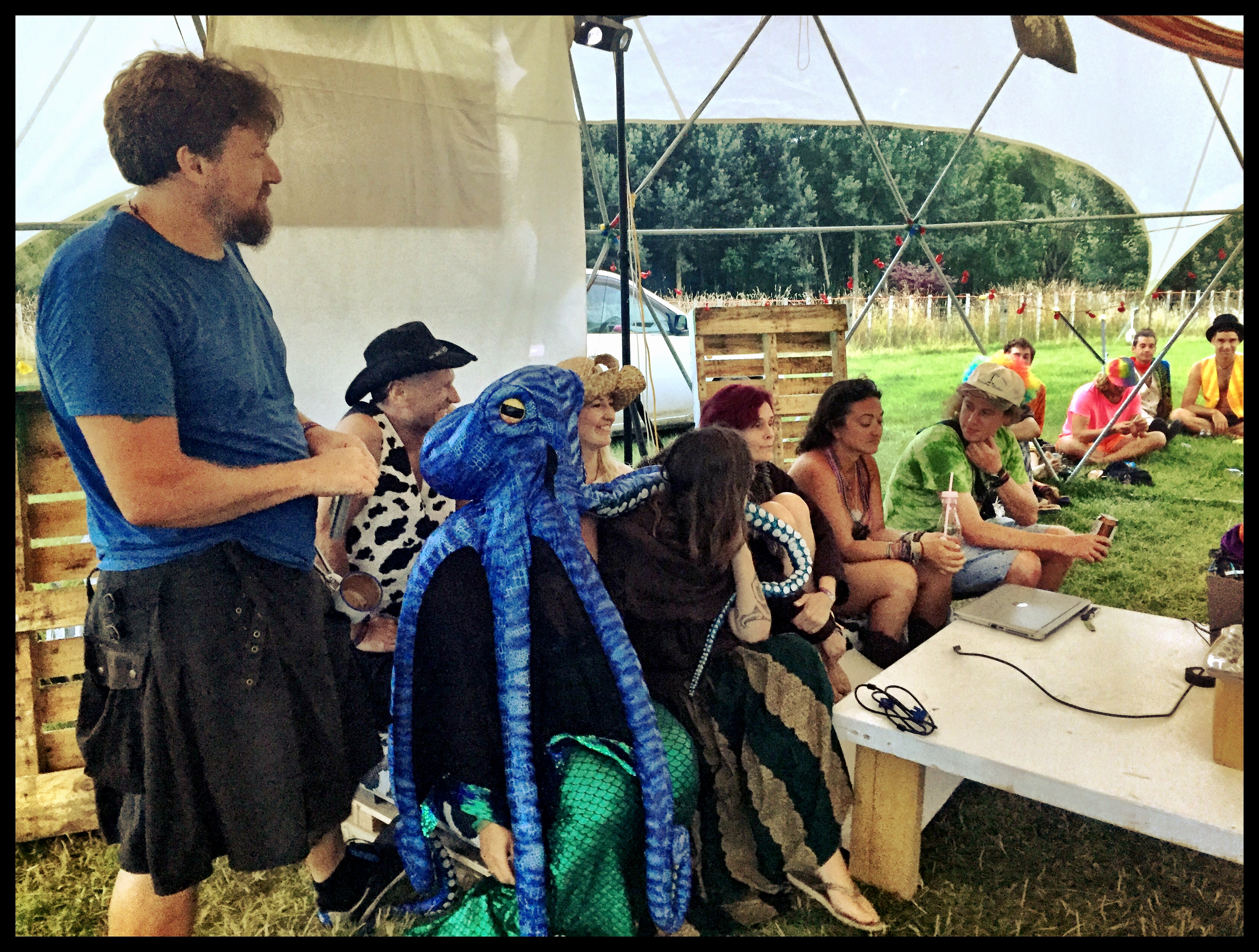 They were also spotted hanging out with some not-as-savoury humanoid characters. It can’t always be scientists… 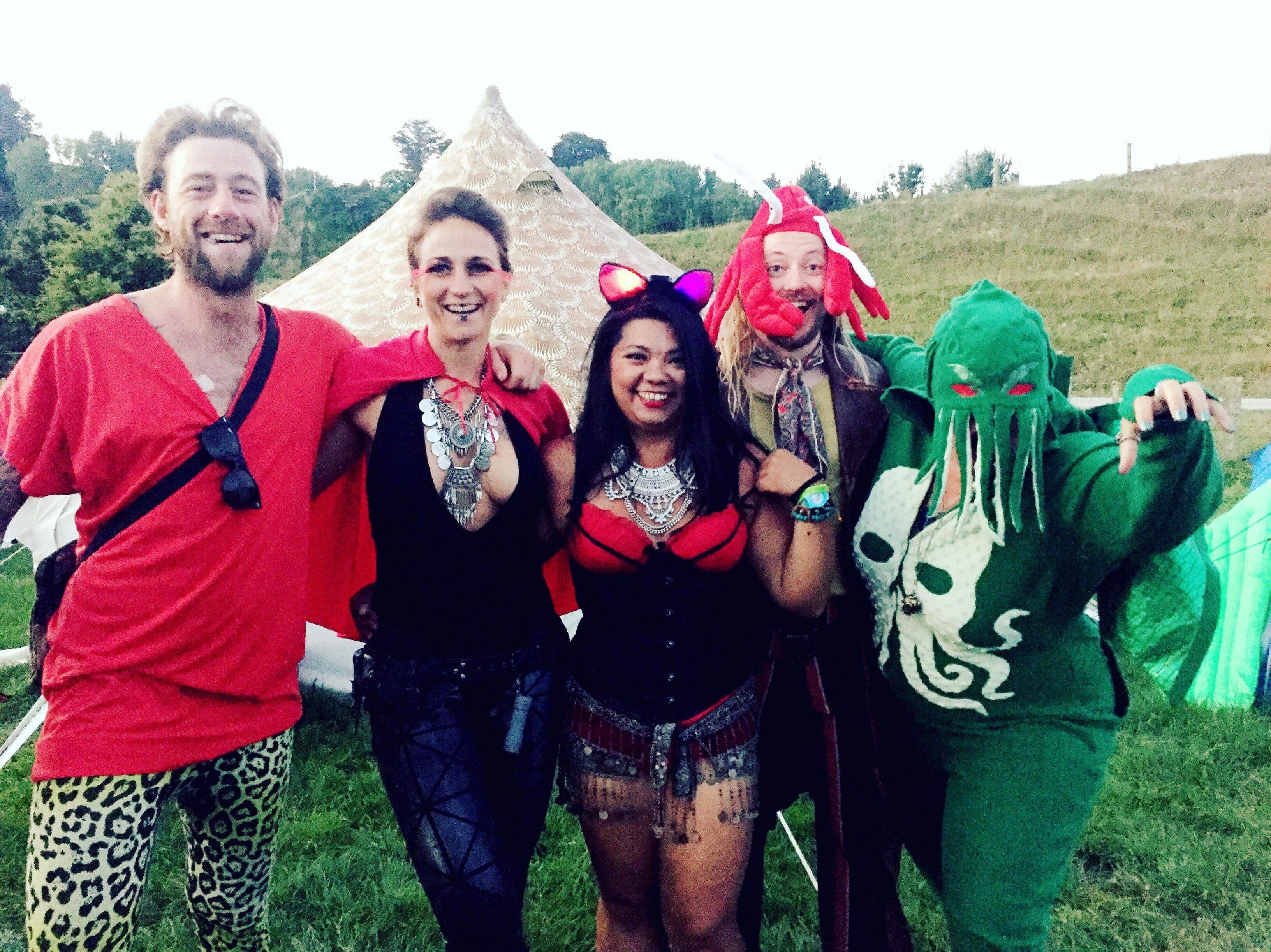 It seems our Dread Lords have perfectly assimilated to their new life in human world. Although… there was some highly concerning star-gazing activity going on around the Super Blue Blood Moon. If there is a sudden increase in Generalised Anxiety, it may not be Trump to blame for this time, but Dread Lord Cthulhu. 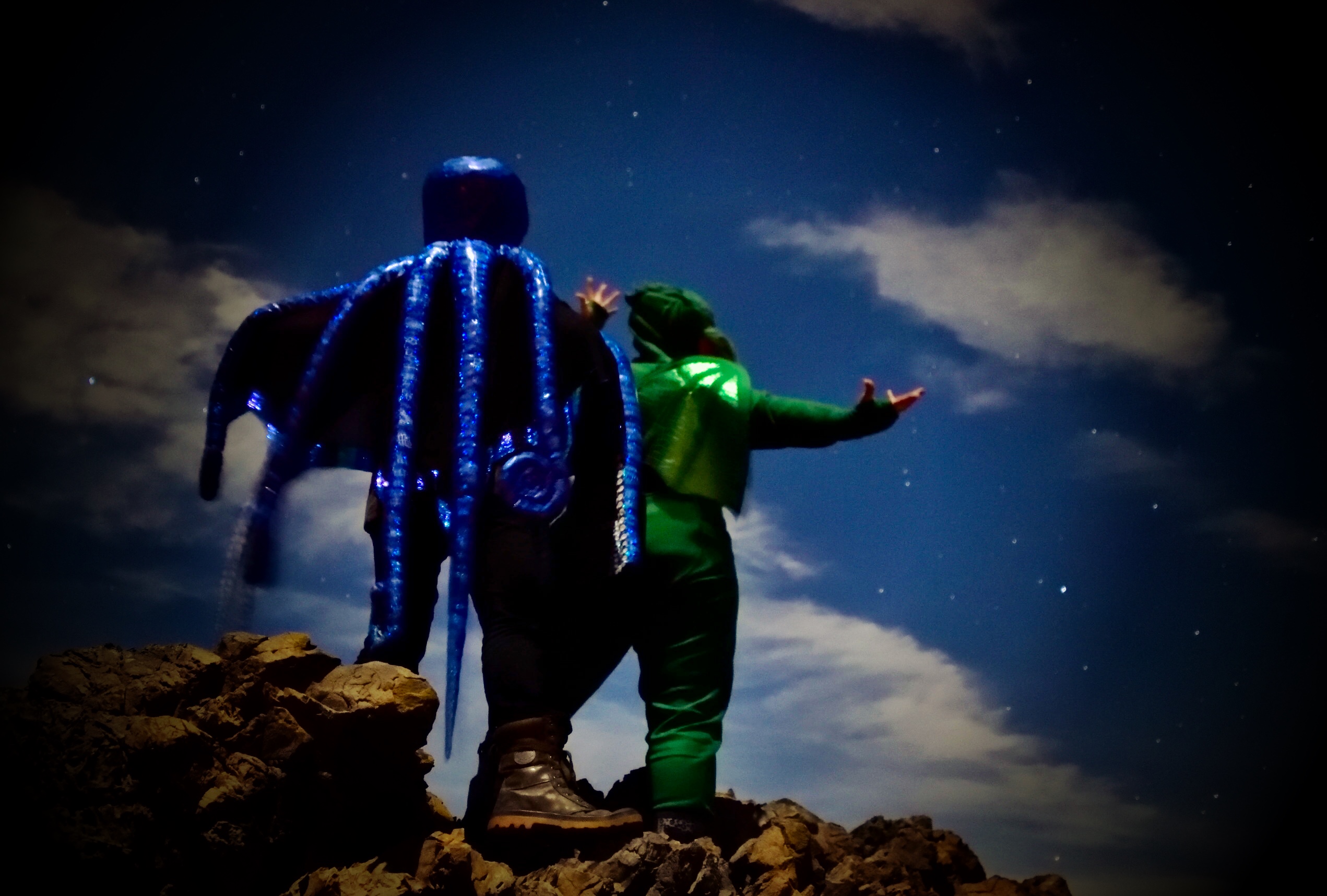 But then, Valentine’s Day came around and we spotted them making out in the moon light. Awwww, even Dread Lords need some romance every now and then! 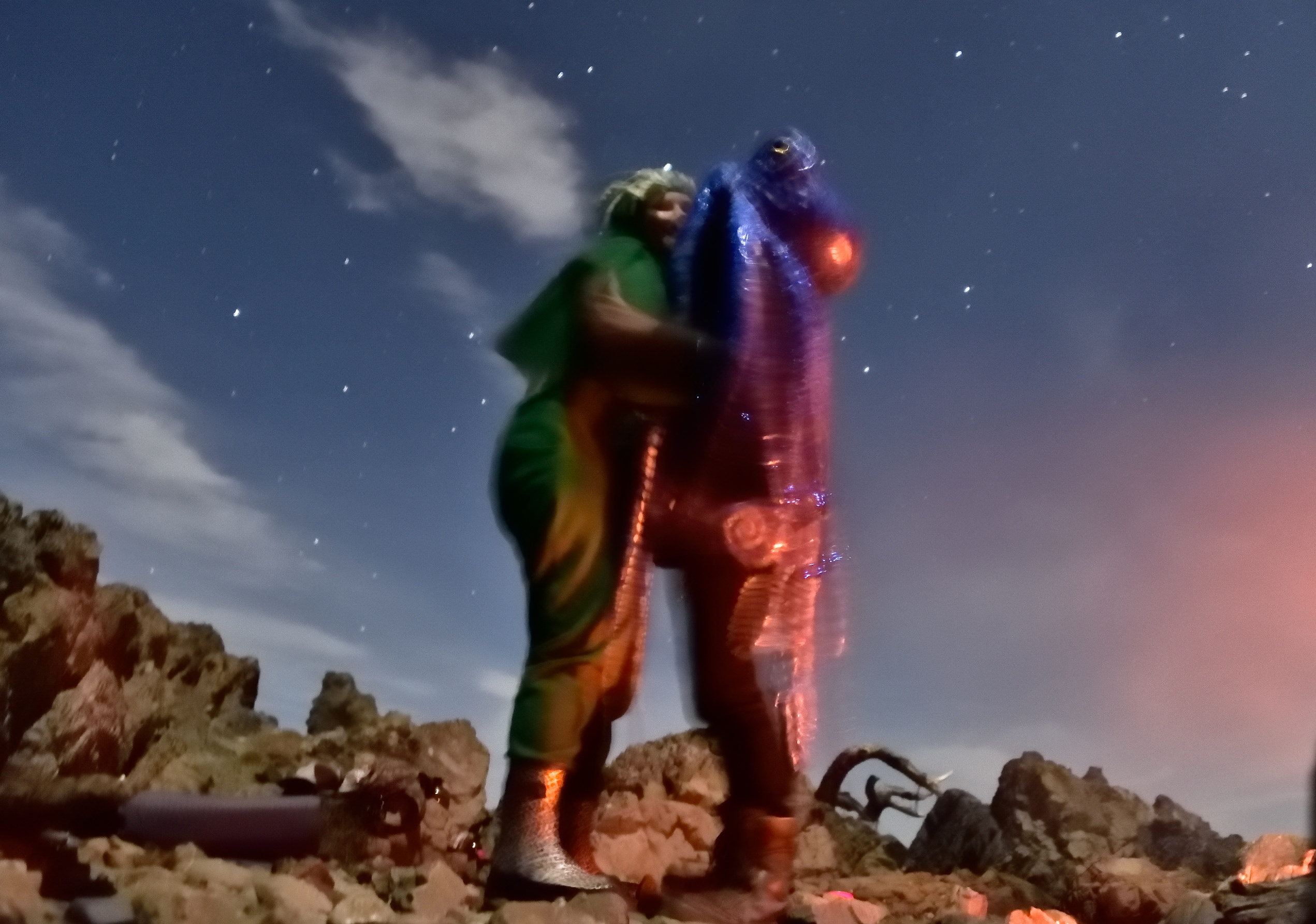 The author of one of my favourite recent books, Ed Yong, writes about the lovely tale of the bobtail squid and its microbial symbionts. Yes, really. And if you don’t believe me when I say they truly are some of the most loveable critters around, watch this video to convince you otherwise:

Yes, not only does the squid attract only one microbial partner, Vibrio fischeri, this microbe actually helps baby bobtails sculpt their light organs, which they need not to get eaten. How? By creating something called “counter-illumination” or basically, an invisibility cloak. This lets them feed, dance and mate unperturbed, in the moonlight. How romantic. Although this tale actually gets better – not only do these cute-as-a-button bobtail squids become life-long symbionts with their microbes, so have their researchers, Margaret McFall-Ngai and Ned Ruby. If this story doesn’t move you, then nothing will…

But then, I still have this baby octopus hatchling video up my sleeve! 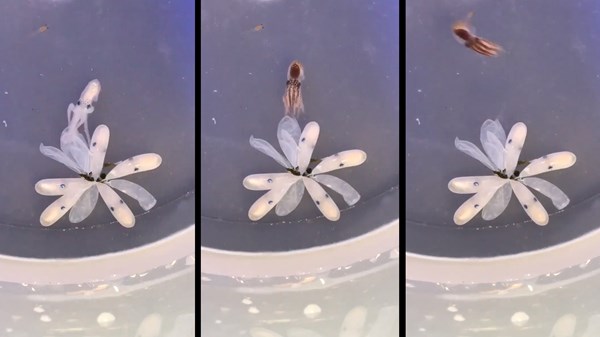 Talking about Baby Kraken, you gotta admit that these baby cuttlefish have quite the alien appearance. Just to make sure that you always remember that Kraken sex ain’t for the fainthearted (cute alien babies aside) – scientists have recently discovered a squid graveyard off the Californian coast. Yup, after “an exhausting orgy of mating and laying eggs”, the squids die in the thousands (first the males, the females starve after laying eggs) and sink to the bottom. There, they (but not their eggs!) nurture many scavengers and so the “biological pump” of fucking and feeding continues on, in the deep sea. 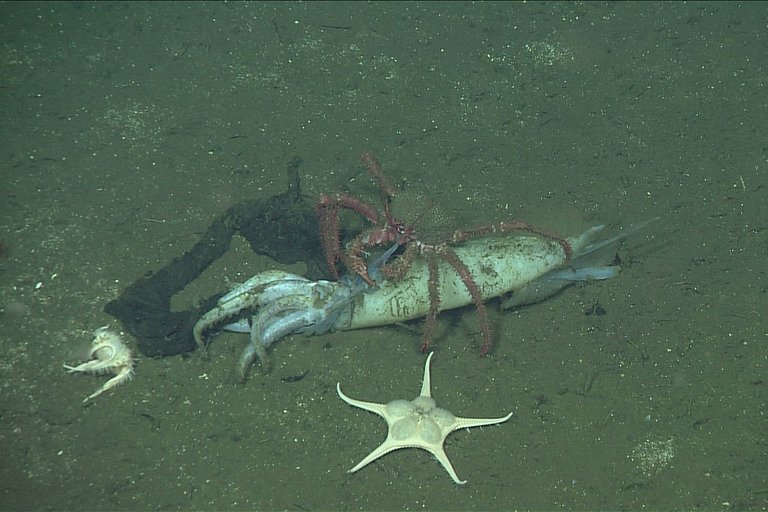 OK, OK. Still too much cuteness for you? It has now been established for certain that an octopus killed “Gilligan”, the dolphin. Clearly never having been taught proper food etiquette, or at least that it’s dumb and dangerous to swallow a giant octopus whose 2000+ suckers can independently choke you to death even after the octopus has died, Gilligan entered the cetacean-equivalent of the Darwin Awards. If he had only watched his mates throw, and tenderise the mighty Kraken first, Gilligan would still entertain us with his goofy face. It’s not just the Kraken dolphins learn to behead – apparently, they are also biting off catfish heads to have a safe dinner. 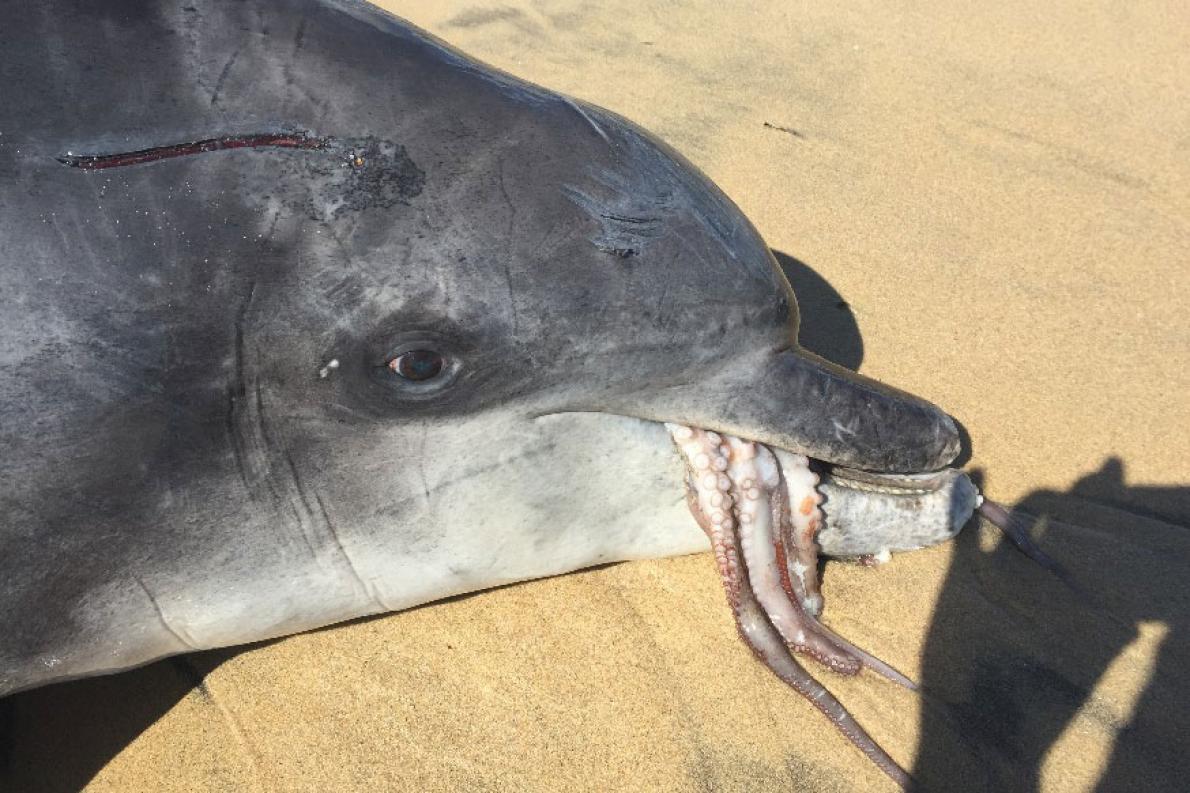 Thanks to one of the most lovely and brilliant women I met in Krak’n’tarctica, I got invited to curate a week on the wonderful @IamSciArt twitter account – starting this Sunday. Guess what my week of SciArt will be about? Yeah: Krokuses. Just kidding! Make sure you check in and partake in our tentacle tweets. 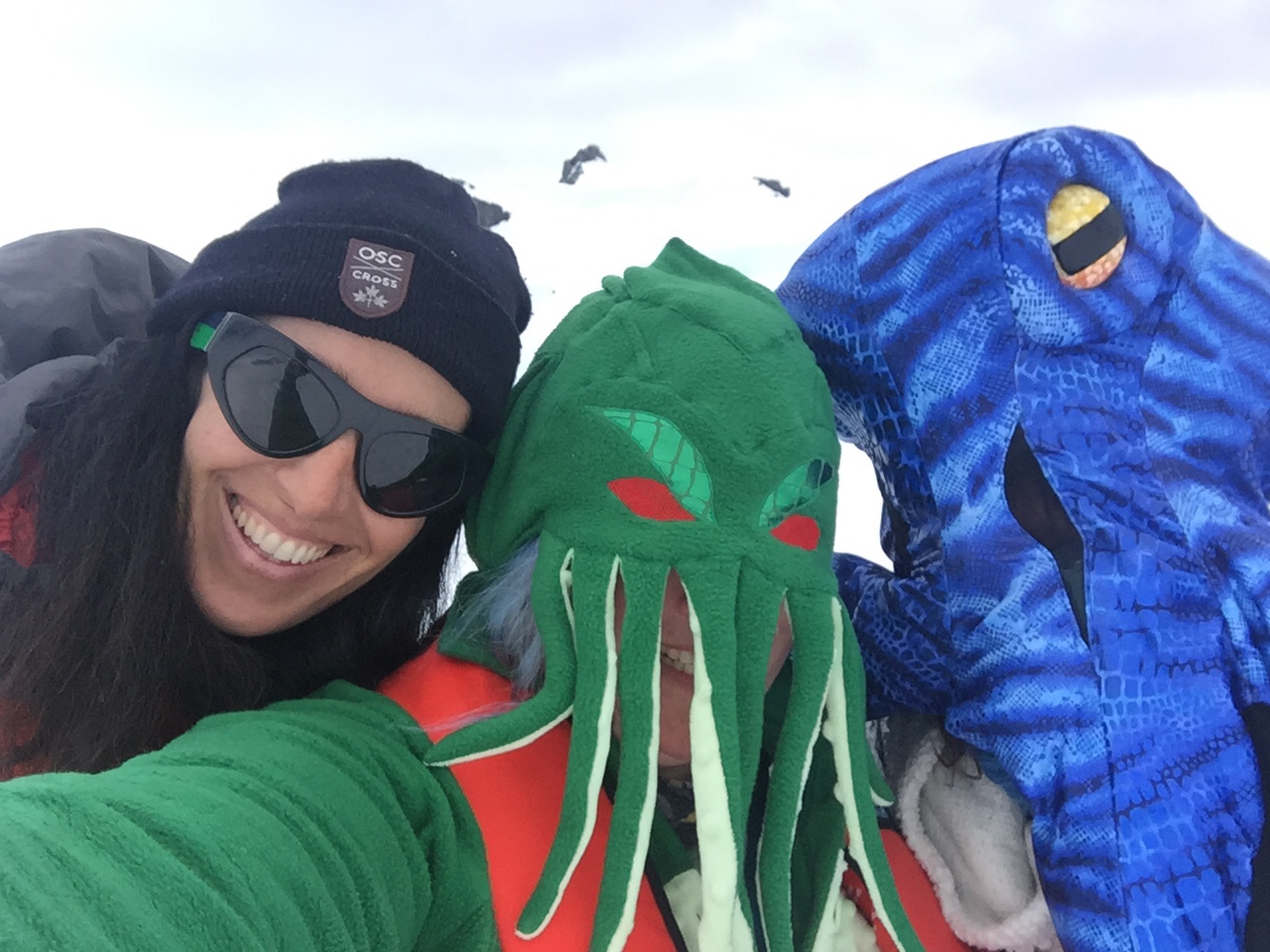 The divine Ms Carol Devine and her tentacular friends in Antarctica (Photo: DrPusSea)

Do you have a dirty secret? Like, do you secretly love some Billy Joel but don’t want to admit it to your cool Cultist friends? Fear no more: Some genius called Julian Velard overlaid Billy’s “Piano Man” with H.P. Lovecraft‘s poem “Nemesis”. I cannot underline how impossibly much this move improved the original! And now, other wannabe musicians are inspired to follow suit and overlay Billy Joel with Lovecraft. Genius! Sing this for your sweet Valentine Cultist and I’ll guarantee you some action will follow.

Talking about crossovers, today I discovered that the brilliant Neil Gaiman has written a Sherlock Holmes – Cthulhu crossover, which pretty much is the best thing ever!!! What’s even more epic is that Dark Horse comics will bring this short story to life in a graphic novel called ‘A Study in Emerald’ this June. And of course, for Chtulhu-inspired boardgame geeks like myself, here is the game of the same name. 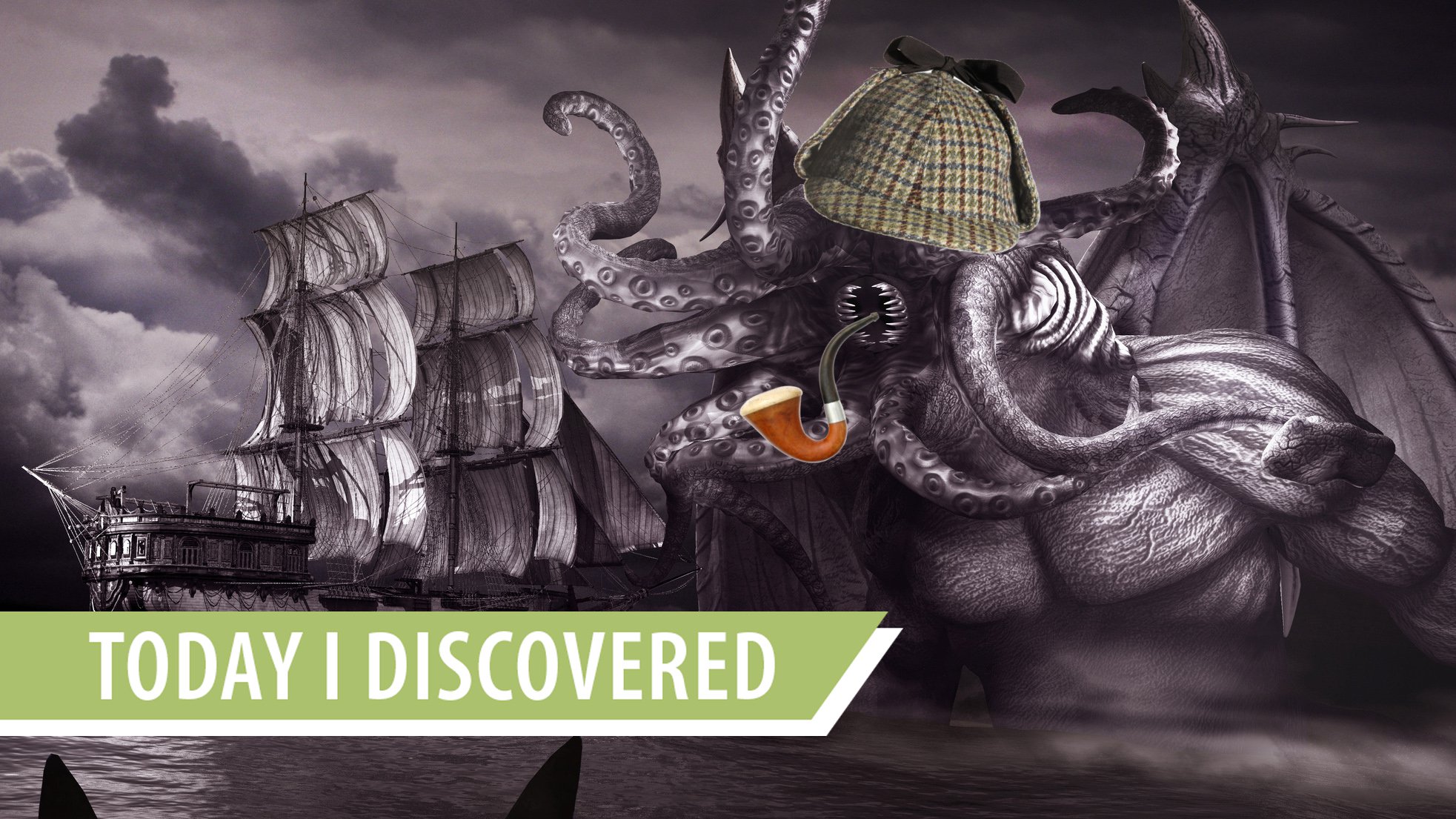 As if that wasn’t enough excitement for game geeks, there is also this announcement of a “Call of Cthulhu” video game soon to be released. Not to mention “Tesla vs Lovecraft” and Achtung! Cthulhu – Cthulhu vs Nazis. Yeah, I’m not shitting you… the world is overrun by Cthulhu games. If you want to hear a cartoon character with an incredibly annoying voice make some very good points on how Cthulhu influenced video games, go no further. Then, there is also this “Sea of Thieves” pirates game which will finally include the mighty Kraken. Cause – no seamen worth their salt (see what I did there?) would be found dead without some tentacles to titillate them. 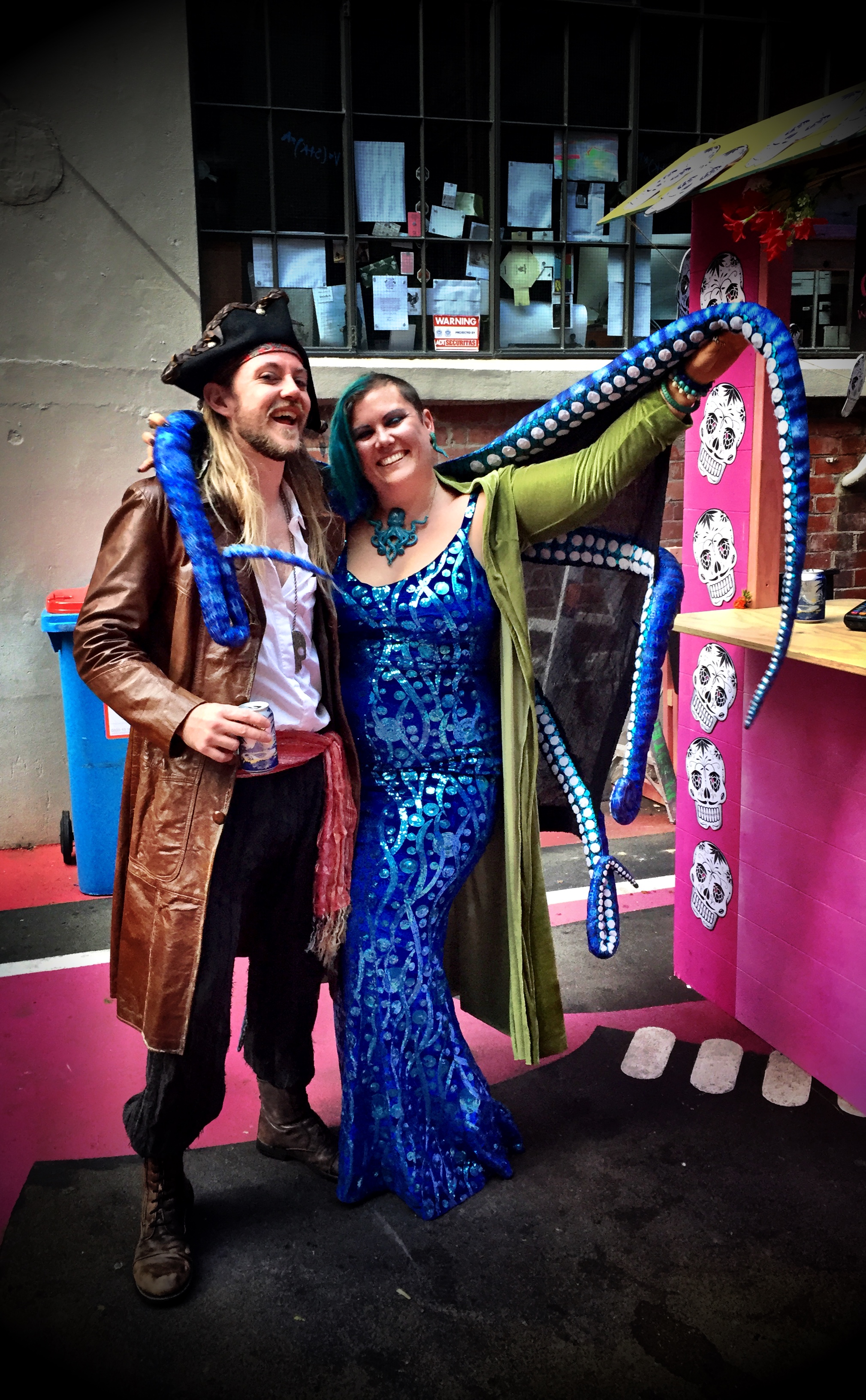 Until these games get released, you permanent singletons can engage in what I just discovered is called “twitching” and watch the mega nerdy get battered by Cthulhu in this “Mountains of Madness” game session. Happy Kraken Valentine’s!