Who the hell is DrPusSea?

I am Dr PusSea, Krakenologist*. And this is my story: 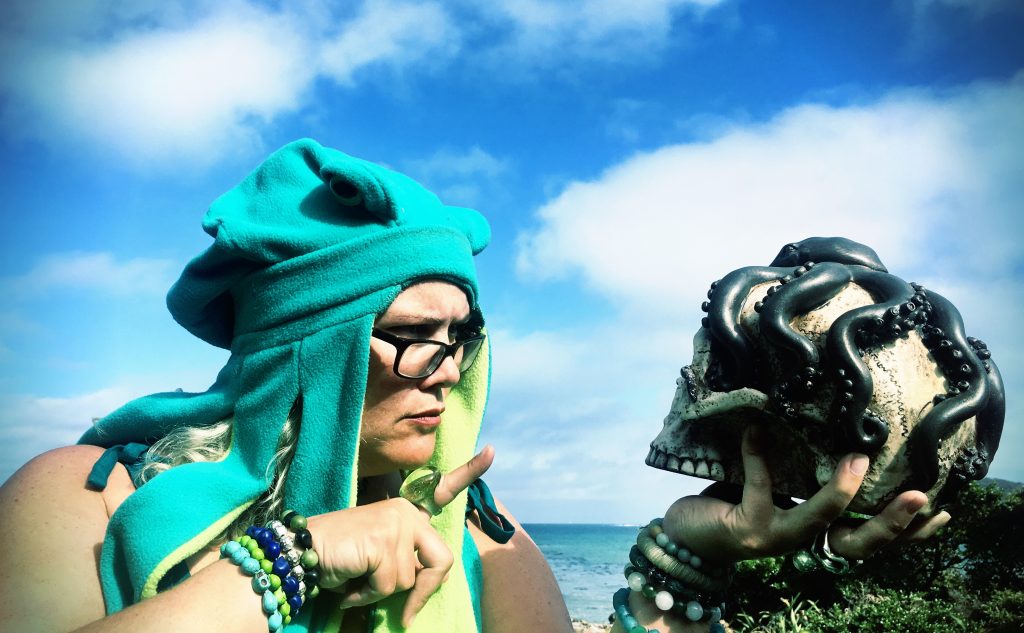 Growing up in Austria, I always felt misplaced – I wanted to be the fabled, male French aquanaut and marine biologist Jacques Cousteau. Instead, I ended up being a girl from a poor family in a land-locked country. So, my childhood was a bit of a disappointment. However, I was always astoundingly pig-headed and strong-willed: I declared from a very young age that I would become a deep sea diver. And so I did.

Despite all the obstacles and frequent ridicule from family, teachers and friends, I followed my dreams of becoming a Krakenologist (or Kraken wrangler, like my other childhood hero Joanne Duffy). This meant moving to the country closest to Austria – Australia – to study the ocean. 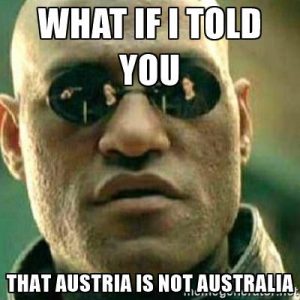 I just loved being a marine biologist.

I got to dive coral reefs and spend all my time underwater, chasing after tentacled critters. The Great Barrier Reef and the Centre of Species Biodiversity in Papua New Guinea were my ‘office’. But when love took me to Wellington, New Zealand, I managed to yet again become geographically challenged (no tropical reefs in Wellington!). So, I had to give up my dream of studying and saving the world’s coral reefs and other Kraken lairs and figure out something else.

Instead, I focused on human behaviour and how I could help change it (by changing the behaviour of the Behaviour Changers in charge of changing behaviour – geddit?). I decided that changing people’s behaviour to be less wasteful and destructive was also really important. More importantly, it would also help protect and save the world’s coral reefs. I just wanted to make sure that runaway climate change and the end times weren’t ushered in on my watch.

But I always kept very close to the Kraken…

…and surrounded myself by its tokens and tentacles. Until it finally physically manifested itself during a momentous and tumultuous journey to Antarctica. [You’ll be able to read about it on the Krak’n’tarctica II blog]. The Kraken has been my alter ego ever since, providing an armour of strength to face any foes. It also causes frequent hilarity and even helps clean up the beach! 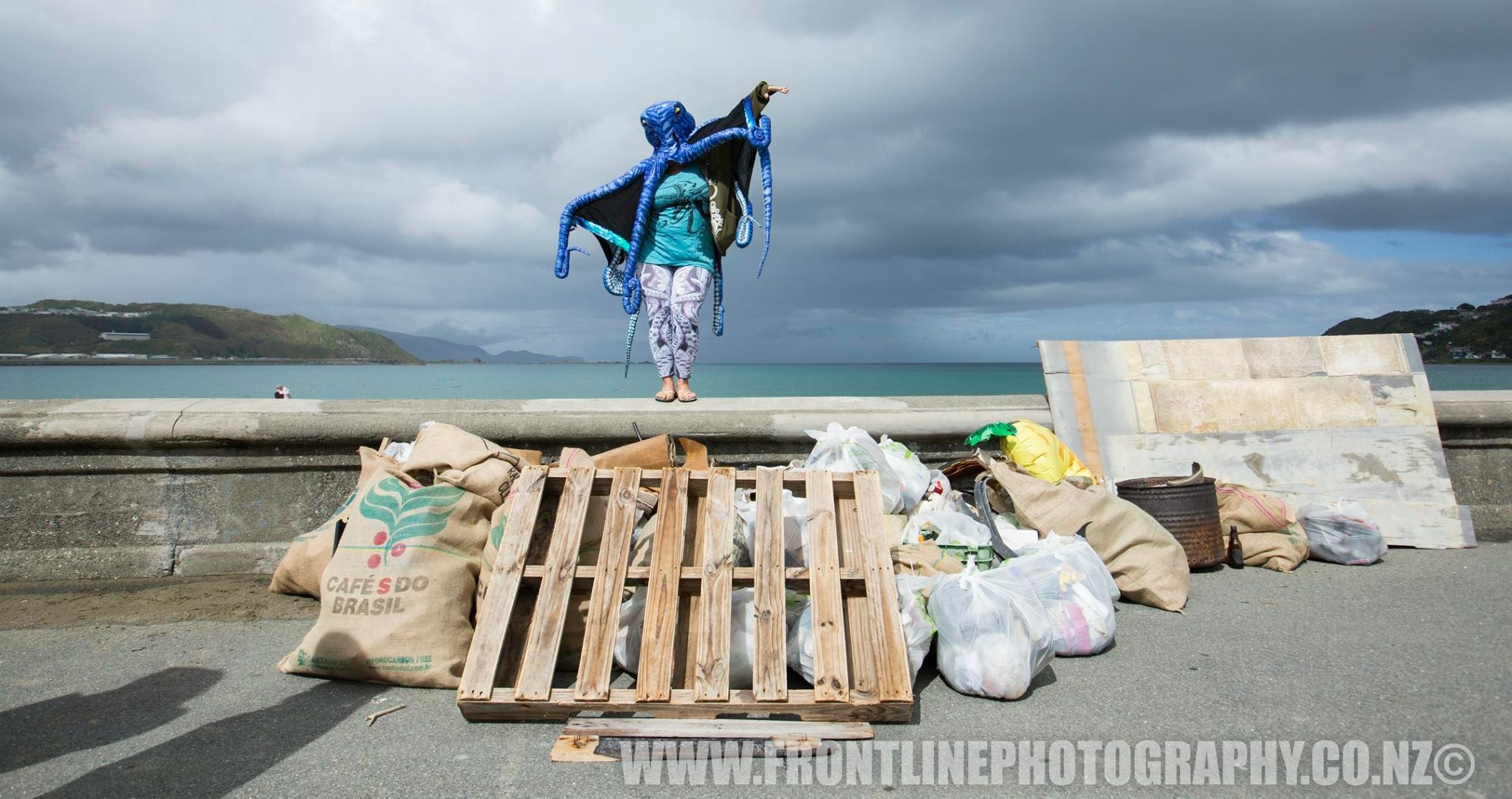 However, there are downsides to having such a tentacled flatmate. The Kraken can be quite a bit of a challenge to keep contained. It keeps hiding in my suitcase – it has been on 6 continents already! It also keeps eating all my cats’ expensive biscuits and really enjoys chasing the chooks. 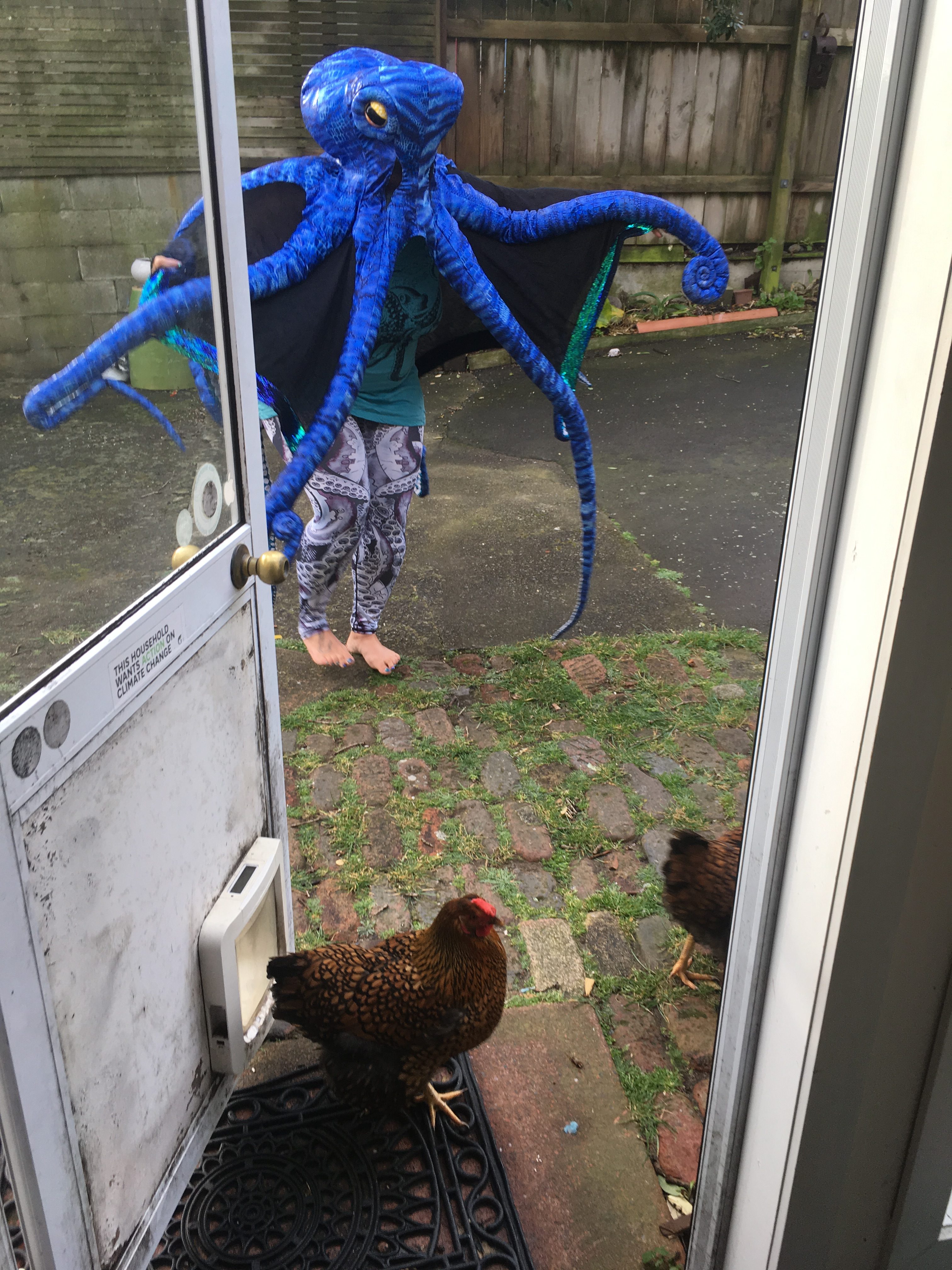 It mostly lurks, together with its best mate, the rather evil Dread Lord Cthulhu, in my lair on Wellington’s South coast. From here, it gets released (safely) via the internet to smite evil Gorgons and to give strength to the suppressed  (it’s an equal opportunity smiter and strength-giver). I hope you get as much joy out of our tentacular tales as I have when writing them down.

Below is a taste of what happens when I leave my iPhone lying around those two tentacled dread lords (best to turn the captions on. Cthulhu can be rather hard to understand sometimes…)

Do you have any Gorgons or Medusas you want to release your Kraken on? If you do, let us know.